Lighting up parties and weddings in Illinois since 2010!

Here are some photos sent in from our Illinois customers: 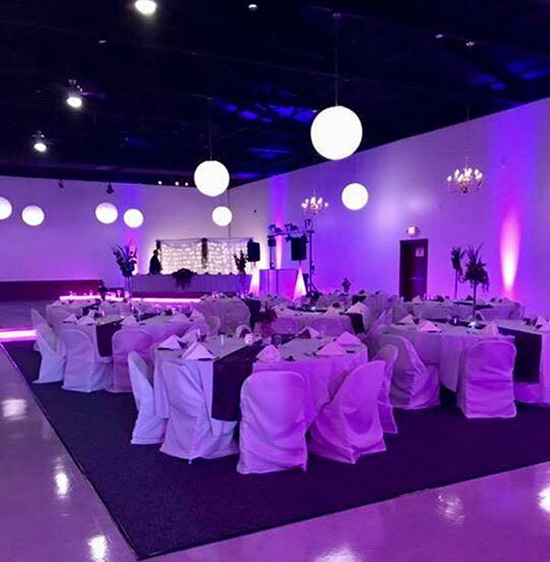 Uplighting adds a magical touch! Check out the Lincoln Banquet Center in Lincoln, Illinois all lit up with only 8 uplights. 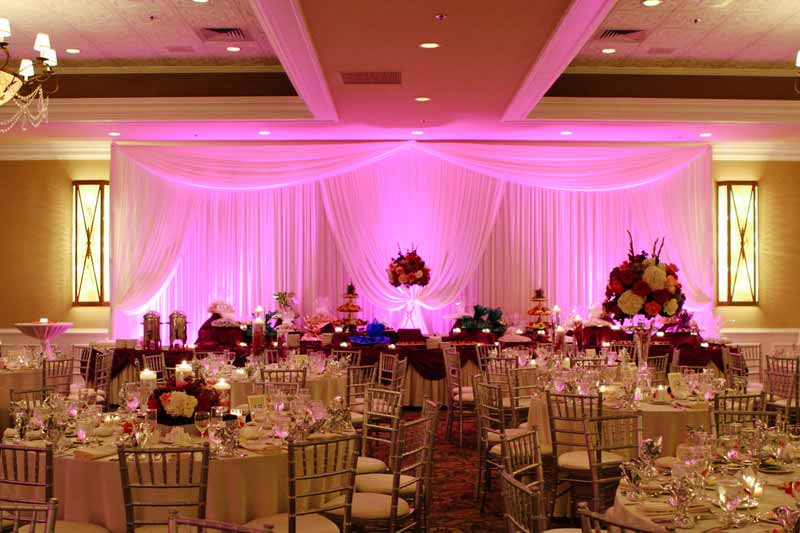 Here's a great example of using lighting to light up drapery at a wedding reception in Kildeer, IL. 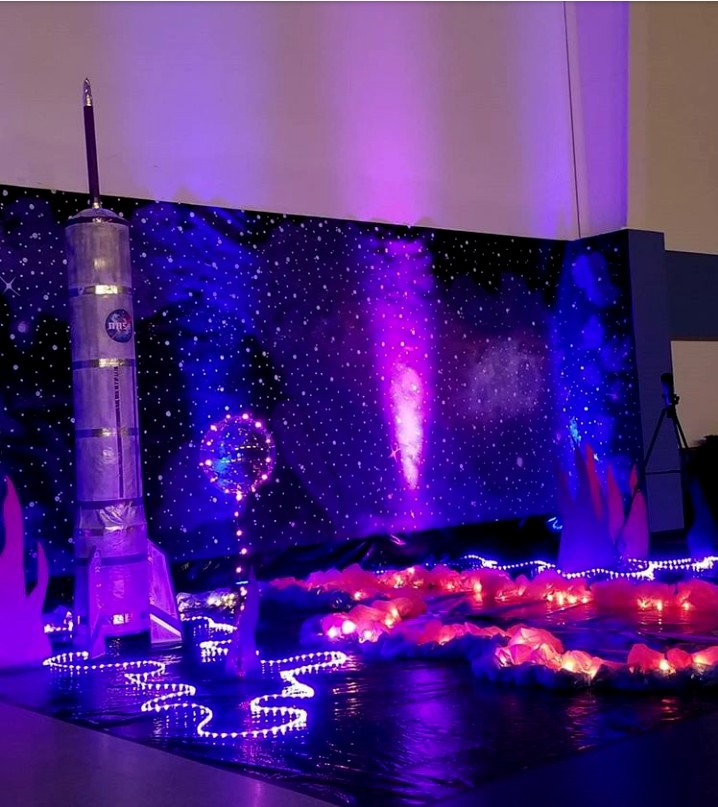 Have a galaxy themed party? Lighting can help! Here's what our customer had to say->

"We cannot tell you how pleased we were with DIYUplighting!! It absolutely brought our banquet to a higher level. The seniors had chosen a galaxy theme. Since we didn't want the theme to be only at the floor level, we tried to think of ways to make the gym seem more grand to get a sense of "universe." When we found your product, we were so excited. The uplighting took the colors up the walls to the ceiling, expanding the spatial sense. On two backgrounds, we crisscrossed the lights to get a glow behind those taking pictures. The lights were perfect since the banquet colors were royal blue, purple, and hot pink, and those could be obtained with the proper settings. It made all the picture areas really "pop" with special glows.

From a service perspective, DIYUplighting is phenomenal! To get the lights ahead of the event to be able to practice with them as to placement and color gave us the effect desired. Return was simple with the prepackaged shipping label, and having an extra day or two to return them was appreciated since the day after the banquet was equitably busy for us with graduation preparations. The rental fee was very reasonable, especially since it includes the shipping costs.

We would definitely consider using DIYUplighting again. The service was great, and the lighting absolutely elevated our theme. Thank you for having a terrific product!" 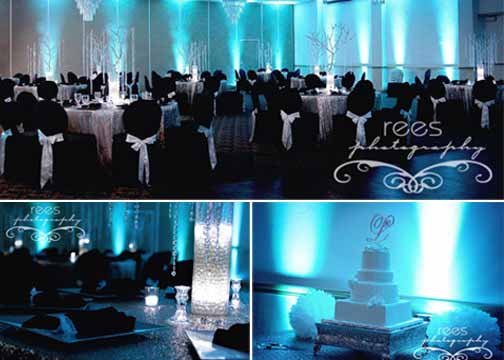 20 lights were used to set the perfect mood at this wedding reception at the Holiday Inn in Alton, Illinois. This do-it-yourself bride, also happens to be a photographer. Check out her page for more pics. 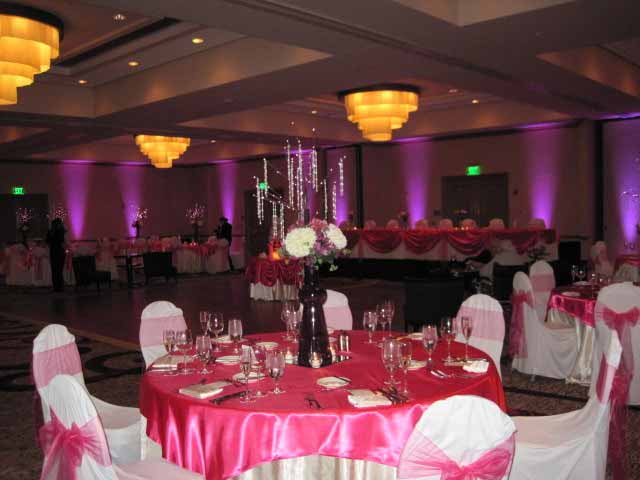 20 lights adding a classy effect to a wedding in Chicago, Illinois. 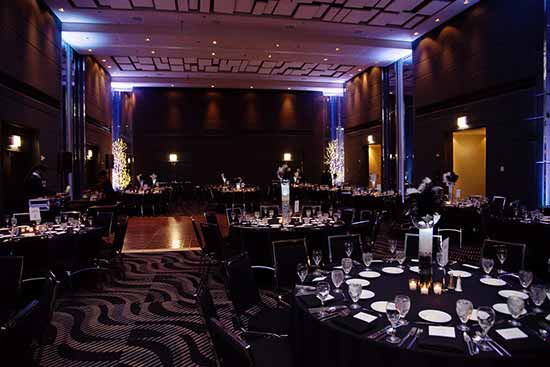 What gorgeous decor! 10 lights setup at the Hard Rock Hotel in Chicago, IL.

All event lighting rental orders get shipped out to IL and are guaranteed to arrive at least 2 days prior to your event date. Assuming your event is on a weekend [Friday, Saturday or Sunday], you will be receiving your lighting rental by Tuesday or Wednesday. Drop the lights back off to any UPS pick-up location Monday or Tuesday after your event. A pre-paid UPS shipping label is provided for your rental return.


So Far, DIY Uplighting has provided rental LED lights for the following venues in Illinois: